The ISDE International Lectures are a series of online events which feature invited lectures by well-known international experts in the field of Digital Earth. The event will invite speakers to give lectures every two months. The purpose of the events is to bring international scholars in the relevant research fields of Digital Earth together to exchange academic perspectives, share research results, and disseminate the most cutting-edge and authoritative concept of Digital Earth.

Speech Topic: The Impact of Digital Transformation on Digital Earth 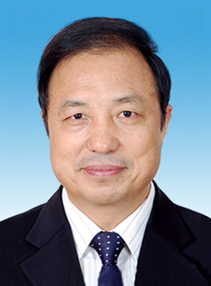 Huadong Guo is the Director General of the International Research Center of Big Data for Sustainable Development Goals (CBAS), a Professor of the Chinese Academy of Sciences (CAS) Aerospace Information Research Institute, an Academician of CAS, a Fellow of TWAS, a Foreign Member of the Russian Academy of Sciences, and a Foreign Member of the Finnish Society of Sciences and Letters. He is presently serving as Honorary President of the International Society for Digital Earth (ISDE), Director of the International Center on Space Technologies for Natural and Cultural Heritage under the Auspices of UNESCO, a Member of the Integrated Research on Disaster Risk (IRDR) Program co-sponsored by ISC and UNDRR, Chair of the Digital Belt and Road Program (DBAR), and Editor-in-Chief of two scientific journals, International Journal of Digital Earth and Big Earth Data. He also served as a Member of the UN 10-Member Group to Support the Technology Facilitation Mechanism for SDGs appointed by the UN Secretary-General (2018-2021), Chairman of the International Committee on Remote Sensing of Environment (2017-2020), President of ISDE (2015-2019), and President of the ICSU Committee on Data for Science and Technology (CODATA) (2010-2014). He has over forty years of experiences in remote sensing, specializing in radar for Earth observation, Digital Earth, and Big Earth Data. Guo has made numerous contributions to scientific literature including more than 530 papers and 24 books. He is the recipient of 19 domestic and international prizes. 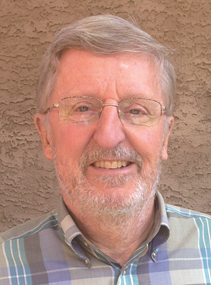 Michael F. Goodchild is Emeritus Professor of Geography at the University of California, Santa Barbara. He is also Distinguished Chair Professor at the Hong Kong Polytechnic University and Research Professor at Arizona State University, and holds many other affiliate, adjunct, and honorary positions at universities around the world. Until his retirement in June 2012 he was Jack and Laura Dangermond Professor of Geography, and Director of UCSB’s Center for Spatial Studies. He received his BA degree from Cambridge University in Physics in 1965 and his PhD in geography from McMaster University in 1969, and has received five honorary doctorates. He was elected member of the National Academy of Sciences and Foreign Member of the Royal Society of Canada in 2002, member of the American Academy of Arts and Sciences in 2006, and Foreign Member of the Royal Society and Corresponding Fellow of the British Academy in 2010; and in 2007 he received the Prix Vautrin Lud. He was editor of Geographical Analysis between 1987 and 1990 and editor of the Methods, Models, and Geographic Information Sciences section of the Annals of the Association of American Geographers from 2000 to 2006. He serves on the editorial boards of ten other journals and book series, and has published over 15 books and 500 articles. He was Chair of the National Research Council’s Mapping Science Committee from 1997 to 1999, and of the Advisory Committee on Social, Behavioral, and Economic Sciences of the National Science Foundation from 2008 to 2010. His research interests center on geographic information science, spatial analysis, and uncertainty in geographic data. 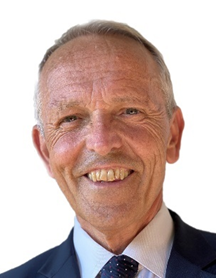 Alessandro Annoni is the President of the International Society for Digital Earth (ISDE). He has worked in the European Commission's Joint Research Centre since 1997 as Head of the “Spatial Data Infrastructure” and “Digital Earth” Units. Under his leadership, these units carried out research on information infrastructures, including multidisciplinary interoperability, and supported the design and technical coordination of the INSPIRE Directive which sets out the rules for the creation of the European Spatial Data Infrastructure. From 2016 until his retirement in 2020 he was Head of the Digital Economy Unit. The Unit addressed the techno-socio-economic aspects related to the Digital Economy, providing guidance to accelerate the transition to a data-driven economy in Europe and understand the issues and challenges of a more connected world (IoT). The Unit was also responsible for the European Artificial Intelligence Observatory (AI Watch). Alessandro graduated in Physics from the University of Milan and before joining the JRC, he worked for several years in the private sector as manager of companies specialized in Remote Sensing, Geomatics, Software and Information Systems development. Alessandro has about 40 years working experience in environmental applications and information technologies and more recently on digital economy and digital transformation. In 2006 he served as co-chair of the Architecture and Data Committee of the Group on Earth Observations (GEO) and successively as co-chair of GEO Infrastructure Implementation Board. Alessandro has been awarded the 2013 Ian McHarg Medal of the European Geosciences Union reserved for distinguished research in “Information Technology applied to Earth and Space Sciences”. In 2016 he received the Digital Earth Science and Technology Contribution Award from the International Society for Digital Earth for outstanding contribution to advancing the development of Digital Earth. In 2020 he was awarded the Lifetime Achievement Award at the Geospatial World Awards 2020.